Habitat for Humanity Grey Bruce is the oldest existing Habitat affiliate in Canada. It was started in 1987 and has been building houses in Grey and Bruce Counties since then. Originally, they built a house every 2 or 3 years but are now building multiple houses every year. In 2021 they are building 4 houses for the Chippewas of Nawash Unceded First Nation in Neyaashiinigmiing, just north of Wiarton and 4 houses for the Saugeen First Nation 29 near Southampton.

Habitat builds houses using as much donated material as possible and many volunteers to build a house. Electrical, Plumbing, Roofing and Drywall are done by professionals while everything else is done by employees and volunteers. Once the house is built the families purchase these affordable homes from Habitat for Humanity with no down-payment and zero interest mortgage which is not more than 25% of the family income to make it easy for the families to homeownership. Homeownership is one of the most important ways for a family or an individual to build a strong and stable future.

PTAG’s Senior management staff rolled up their sleeves to help with the construction site work with Habitat for Humanity in the Saugeen First Nation 29 near Southampton. PTAG strongly believes in giving back to the community where we live, and work in. We are proud that our team shares the same values and are committed to help the community. For years PTAG is helping business owners, contractors and project teams manage their capital projects successfully. We have a close association with the construction industry; however, this experience was different as our trade skills were put to test. It has been a very fulfilling experience as it was not just about making a house but something bigger i.e., being part of building a house that would provide safety and stable future to the families.

Our team worked on the houses in Saugeen First Nation 29 near Southampton helping with the final push to finish the siding on two homes.

PTAG is grateful for the opportunity, and commends Habitat for Humanity Grey Bruce for their leadership in the community. We look forward to helping again soon. 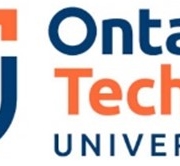 PTAG partners with Ontario Tech University to prepare professionals in the application of Project Management concepts, tools, and processes in their work. 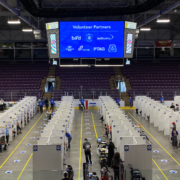 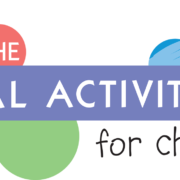 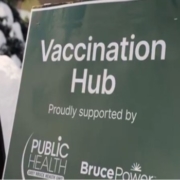 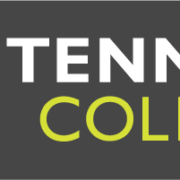 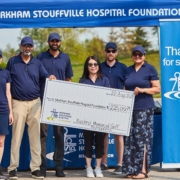 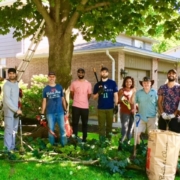 PTAG Team partners with 360ºKIDS to help prepare the yards at their two youth shelter homes in Markham, Ontario.

PTAG Team partners with 360ºKIDS to help prepare the yards at their two youth...

PTAG partners with Ontario Tech University to prepare professionals in the application...
Scroll to top

This site uses cookies. By continuing to browse the site, you are agreeing to our use of cookies.

We may request cookies to be set on your device. We use cookies to let us know when you visit our websites, how you interact with us, to enrich your user experience, and to customize your relationship with our website.

Click on the different category headings to find out more. You can also change some of your preferences. Note that blocking some types of cookies may impact your experience on our websites and the services we are able to offer.

These cookies are strictly necessary to provide you with services available through our website and to use some of its features.

Because these cookies are strictly necessary to deliver the website, refuseing them will have impact how our site functions. You always can block or delete cookies by changing your browser settings and force blocking all cookies on this website. But this will always prompt you to accept/refuse cookies when revisiting our site.

We fully respect if you want to refuse cookies but to avoid asking you again and again kindly allow us to store a cookie for that. You are free to opt out any time or opt in for other cookies to get a better experience. If you refuse cookies we will remove all set cookies in our domain.

We provide you with a list of stored cookies on your computer in our domain so you can check what we stored. Due to security reasons we are not able to show or modify cookies from other domains. You can check these in your browser security settings.

These cookies collect information that is used either in aggregate form to help us understand how our website is being used or how effective our marketing campaigns are, or to help us customize our website and application for you in order to enhance your experience.

If you do not want that we track your visit to our site you can disable tracking in your browser here:

We also use different external services like Google Webfonts, Google Maps, and external Video providers. Since these providers may collect personal data like your IP address we allow you to block them here. Please be aware that this might heavily reduce the functionality and appearance of our site. Changes will take effect once you reload the page.

The following cookies are also needed - You can choose if you want to allow them:

Leave us a Message